A freckle in your is usually benign, but there is a concern about choroidal nevi. 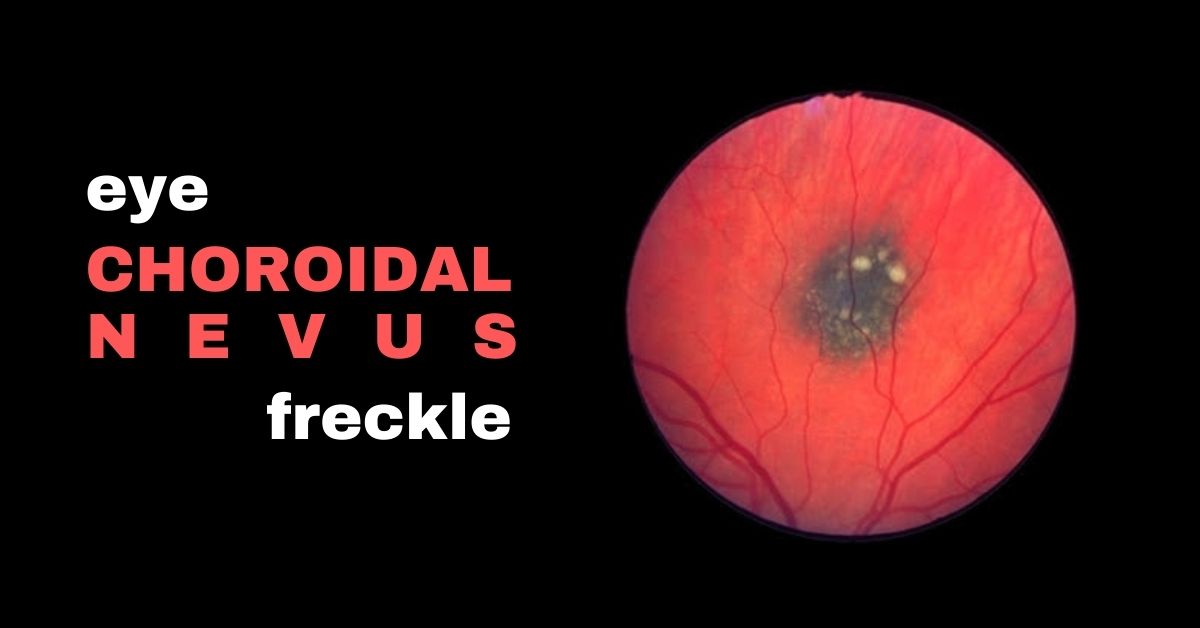 A choroidal nevus is the fancy term for a freckle in the retina.

A nevus is the medical term for mole. Nevi is the plural of nevus. A nevus can appear on your skin, the surface of the eye or inside the eye.

When a nevus is inside the eye it is called a choroidal nevus because those types are found under the retina in the layer of tissue called the choroid.

A nevus is a cluster of melanocytes—the cells that produce melanin. They are the pigment that colors hair, skin, and eyes. They are much more common in people with lighter skin tones.

They are often referred to as eye freckles and the ones that appear inside the eye are discovered during routine eye exams and are usually harmless and most of them won’t affect your vision or cause any problems and they require no treatment except monitoring the nevus for changes.

Most nevi do not need to be treated and will not affect your vision or lead to any other health problems. The only reason you might need treatment is if your doctor suspects the nevus might be a melanoma.

What Causes a Nevus?

The cause of eye nevi is not known, but there are associations between eye nevi and UV light. Wearing sunglasses to protect your eyes from ultraviolet light is always recommended.

A Choroida Nevus can be Suspicious for Cancer

A very small percentage of choroidal nevi have features that make them at a higher risk of growing into a melanoma. Those choroidal nevi should be monitored by your doctor through regular eye exams. Very rarely, a choroidal nevus may leak fluid or be linked to abnormal blood vessel growth.

There are five factors that signal the choroidal nevus should be closely monitored:

Very often, suspicious cases are referred to a retina specialist or ocular oncologist for further evaluation.