Scleral buckle eye surgery has been around for generations and is still a mainstay of retinal detachment surgery. 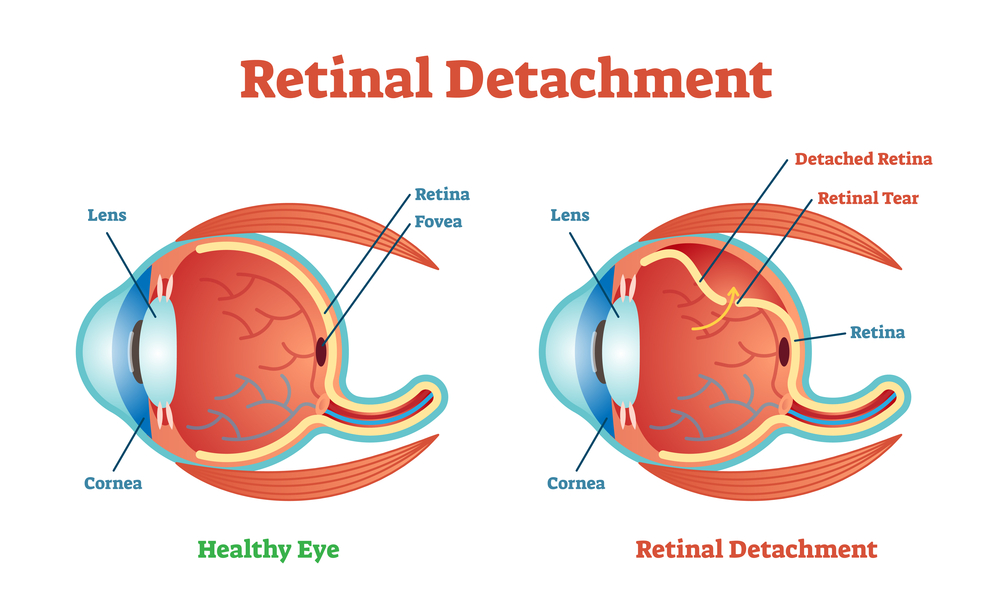 Scleral buckle eye surgery to repair a retinal detachment has been in use since the early 1950s and it remains an essential technique for reattaching the retina.

The scleral buckle, which is usually made of silicone semi-hard plastic, supports the retina from outside the eye. It is placed under the eye muscles and usually encircles the sclera or white part of the eye and eliminates the tugging that is detaching the retina.

The buckle is placed behind the eyelids and cannot be seen. It is sewn to the sclera (the actual white part of the eye) and it presses the walls of the eye inward, taking pressure off the retina and allowing it to reattach to the eye’s interior wall. The buckle usually remains in place permanently.

Scleral buckling is sometimes a stand-alone treatment for the repair of a retinal detachment and sometimes it is used in combination with a vitrectomy.

A laser or a sub-zero probe (cryopexy) may also be used to seal off the areas of the retina that were torn to prevent further fluid leakage and pressure on the retina.

Side effects of a scleral buckle

The possible complications or side effects of scleral buckling surgery include:

Tears in the retina are caused by vitreous gel, which contains millions of fibers, that becomes “sticky” and tugs at the retina making minute tears in it. Retinal holes develop in areas where the retina has thinned. Retinal holes are typically smaller than tears and have a much lower risk for causing a retinal detachment.

The recovery time varies, but ranges from two-to-eight weeks. An eye patch may be required for a few days after surgery and antibiotic eye drops may be prescribed to prevent infection. Your eye may have redness, tenderness, and swelling for a few weeks after surgery.